I sign my emails "Sincerely, Keldine" and once drove cross- country by myself. Best decision I ever made. Ever.

I'm currently living in the City of Angels, writing about the things that matter to me and hoping they'll matter to someone else too.

The Walk of Fame: 60 Years of Diversity

Paved in terrazzo and bronze, the 2.5-mile stretch that makes up the Hollywood Walk of Fame is the closest thing to the Yellow Brick Road this side of Oz. The Walk of Fame began in 1958, and by 1960, nearly 1,560 celebrities were honored with the first stars to grace the boulevard. Sixty years later, during one of the most challenging times in U.S. history and a national call to address decades of systemic racism, a temporary All Black Lives Matter mural painted in the middle of Hollywood Boulevard has now become a permanent fixture. Its unique placement in the heart of Tinseltown is a reminder of the remarkable impact African-Americans have had in the entertainment industry.
Netflix Life • 27th November 2019

3 reasons to watch The Irishman on Netflix

Martin Scorsese’s The Irishman was officially released on Netflix today, two months after its premier at the New York Film Festival on September 27. Adapted from Frank Sheeran’s 2004 memoir “I Heard You Paint Houses,” The Irishman recounts Sheeran’s hitman days, affiliation with the Bufalino family and involvement in the murder of Jimmy Hoffa, longtime president of the International Brotherhood of Teamsters union. Already considered one of Scorsese’s best films, The Irishman follows a long line of iconic movies by the legendary director including Taxi Driver, Goodfellas and Casino. Critics already predict that The Irishman could potentially earn Netflix its first Oscar for Best Picture.
Netflix Life • 4th November 2019

To be clear: you don’t need to be a fan of the show to enjoy the Breaking Bad Experience. However, it doesn’t hurt to be somewhat familiar with the show to understand all the wonderful and subtle ways the pop-up pays tribute to the iconic television series. The Breaking Bad Experience comes from the same mastermind who created the Saved by the Bell, Beverly Hills 90210 and Good Burger pop-ups, Derek Berry. And once again, his team delivers on creating a fully immersive experience, complete with stacks of cash and the notorious one-eyed pink teddy bear, that takes you right into the world of the hit shows and Netflix movie.
Santa Monica Mirror • 31st October 2019

On Friday, November 1, from 7 p.m. to 11 p.m., the Riley Youth Foundation will host its inaugural fundraising gala, a “Journey to Success.” The Riley Youth Foundation was founded by Maya Riley after the tragic passing of her husband Rashad Riley, an Air Force veteran, officer in the Santa Monica Police Department and mentor. Riley passed away in a tragic drowning accident while on the island of Kauai on April 12, 2019. “When my husband was here, we had talked about possibly doing some type of youth program during the summer when he had a little more time,” Riley explained. “We’ve always loved children.”
Netflix Life • 29th October 2019

5 reasons to watch Dolemite Is My Name on Netflix

Dolemite Is My Name is based on the true story of Rudy Ray Moore, the raunchy, over-the-top comedian, actor and singer who stuck his “finger in the ground and turned the whole world upside down.” His persistence led to a career that heavily influenced icons like Richard Pryor, Eddie Murphy and even Big Daddy Kane, Dr. Dre and Snoop Dogg. Moore is also recognized for his significance in the birth of rap, years before pioneers in the genre emerged, like DJ Kool Herc and Sugarhill Gang. Moore passed away in 2008 at the age of 81, leaving behind a legacy that includes films like 1975’s cult classic Dolemite, The Human Tornado and Disco Godfather. While Moore’s body of work was far from Oscar-worthy, it pushed the boundaries of comedy and resonated with fans.
Yo! Venice • 22nd October 2019

From the early days of the Doors to the birth of the Z-Boys, Venice has been the backdrop to some of the most iconic moments in modern history. It’s significant role in pop culture extends to the hundreds of movies and television shows shot there. With Halloween just around the corner, here’s a look at some of the horror movies filmed in and around Venice.
Netflix Life • 15th October 2019

Someone asked me once to describe the ’90s in one word, and no matter how you string all 26 letters of the alphabet together, one word just isn’t enough. The ’90s was flannel shirts and Doc Martins, the Macarena and Beanie Babies, fanny packs and Skip-It. It was Keds and New Kids, sleepovers and puff paint, and more neon than anyone should ever wear. It was Naughty by Nature and Biggie, Nirvana and No Doubt, TGIF and Saturday morning cartoons. The ’90s was the best of times and the worst of times all rolled into one decade we didn’t fully appreciate until it was all over. Luckily for us, Netflix is currently streaming an impressive selection of 90s movies for our nostalgic viewing pleasure. Here’s a look at the Netflix movies you won’t want to miss.
Discover Hollywood • 11th October 2019

LOS ANGELES, CA — On the front lines of the early LA punk scene, The Bags were led by co-founder and vocalist Alice Bag. She made a scene by wearing grocery bags and aprons on stage. Alice also had the audacity to be both bisexual and Chicana, inadvertently beginning a wave of activism that has grown exponentially over the past four decades. If you ever get to meet Alice Bag in person, you’ll quickly realize two things about her: she’s as electric as her blue hair and at 60 can light up a room like a strobe. She’s a force of nature wrapped in leopard print and leather with the kind of energy you can feel the second she’s in your presence.
SM Mirror • 19th April 2019

Construction of the Notre Dame Cathedral began in 1163 during the reign of King Louis VII and was completed nearly 200 years later in 1345. The famed cathedral survived centuries of war and unrest to become one of Europe’s most revered and recognizable monuments. On April 15, shocking images and video of the Notre Dame Cathedral on fire riveted the world. Centuries after the first bricks were placed, the world watched as pieces of the cathedral collapsed. Millions of people mourned by sharing personal photos of the cathedral and the touching stories that went with them.
Discover Hollywood • 9th April 2019

Tucked away between the American Legion Building and the Best Western Motel is Hollywood’s best kept secret, a profound and relatively unknown three-acre piece of Hollywood history. Located at 2025-2027 North Highland Avenue, the Hollywood Art Center School was a hidden oasis in the middle of Hollywood that encouraged creativity and inspired artistic expression.
Santa Monica Mirror • 17th January 2019

Picture it. Santa Monica. 1964. The Santa Monica Civic Auditorium was packed to the brim with legions of screaming teenagers for the Teenage Awards Music International. The Civil Rights Act of 1964 had recently passed, and the roster was the stuff rock and roll dreams are made of. West Coast staples Jan and Dean emceed, and Chuck Berry took the stage to open the show, performing chart toppers “Maybellene” and the 1958 classic “Johnny B. Goode.” Both songs would go on to become two of the most important songs in rock and roll history.
Santa Monica Mirror • 3rd January 2019

It’s no secret that California has one of the highest homelessness rates in the country. According to the 2018 Annual Homeless Assessment Report to Congress, there are 129, 972 homeless people currently living in California; 89,543 of which are unsheltered. The numbers are staggering and expected to increase over time. As the State continues to struggle with methods to help those in need, dedicated individuals within the community have stepped up to offer a helping hand.
Santa Monica Mirror • 26th October 2018

By many accounts, the Westside is haunted year- round, but it’s the days leading up to Halloween that generate the most interest in the undead and the tales they carry with them. For those who believe in the supernatural (myself included), the Westside’s history and tryst with tragedy makes it the perfect stomping ground for ghosts too restless to leave. From the ruins of Murphy’s Ranch to the sands of Santa Monica Pier, the Westside is filled with old haunts that have just the right amount of spook for this creepy time of year. To get you started on your hair- raising, spine-tingling tour of some of California’s most haunted places, here are our top three favorite destinations. Disclaimer: you may see a ghost or two. You've been warned.
8th October 2018

Nestled in the heart of Franklin Village rests the Villa Carlotta, a majestic piece of Hollywood history that only a few years ago was a mere shadow of its former self. Built in 1926, the Villa Carlotta began as only a Hollywood story could. Legendary silent film producer and “Father of the Western” Thomas Ince mysteriously died following a party aboard newspaper mogul William Randolph Hearst’s USS Oneida.
SOVO// Magazine • 7th October 2018

Get your cape on ladies, 'Slingshot' is about to be your next anthem.

Composer, producer, and artist Summer Rona is a triple threat in the entertainment industry. She’s pulled the pages from her own story, turning them into music that is both empowering and uplifting, to prove that not only is it possible to turn pain into purpose – it’s necessary. Her latest single, “Slingshot” is the kind of bad-ass female anthem that will inspire you to pick yourself up, dust yourself off, and conquer the world. “Everyone has their slingshot moment,” Summer explains.
WestsideToday • 31st July 2018

When I first came to West Hollywood, everything was brand new; I felt like Dorothy in Oz, technicolor and all. From La Brea to Doheny, Beverly to Sunset, West Hollywood was this magical place where I could experience something new every night of the week. Twelve years, eight jobs, and four apartments later, WeHo is still as magical as it ever was. Being the seasoned Angeleno that I am, however, makes it harder to find things that still feel brand new.
The Pride LA • 10th July 2018

Maybe I’m biased, but there’s no greater city in the world for live music than West Hollywood. The Sunset Strip is home to some of the most iconic music venues; a destination that’s as important to the history of rock and roll as the guitar riff and drum solo. Millions of music fans from all over the world flock to venues like the Whisky a Go-Go and the Viper Room to experience a piece of that rock and roll history.
Discover Hollywood • 7th July 2018

Crossroads of the World: Nexus of Hollywood Creativity

As one of the most recognizable structures in Los Angeles, Crossroads of the World is forever imbedded in the fabric of Hollywood history. It’s as much a part of what draws people to the entertainment capital of the world as the Hollywood sign and walk of fame. In true Hollywood fashion, the story of its origins is filled with all the mystery and mayhem of a classic film.
The Pride LA • 10th June 2018

Let’s face it. A lot of people in L.A. are broke most of the time: That “no guacamole with your burrito,” “paycheck-to-paycheck” kind of broke. Some of us have two roommates or two jobs to pay for a one bedroom apartment because rent is seriously a joke (a really mean one at that). However, as much as we complain about the cost of living, ridiculous traffic, and rising gas prices, there’s nowhere else in the world we’d rather be.
Load More Articles

My darling, believe your voice can mean something. 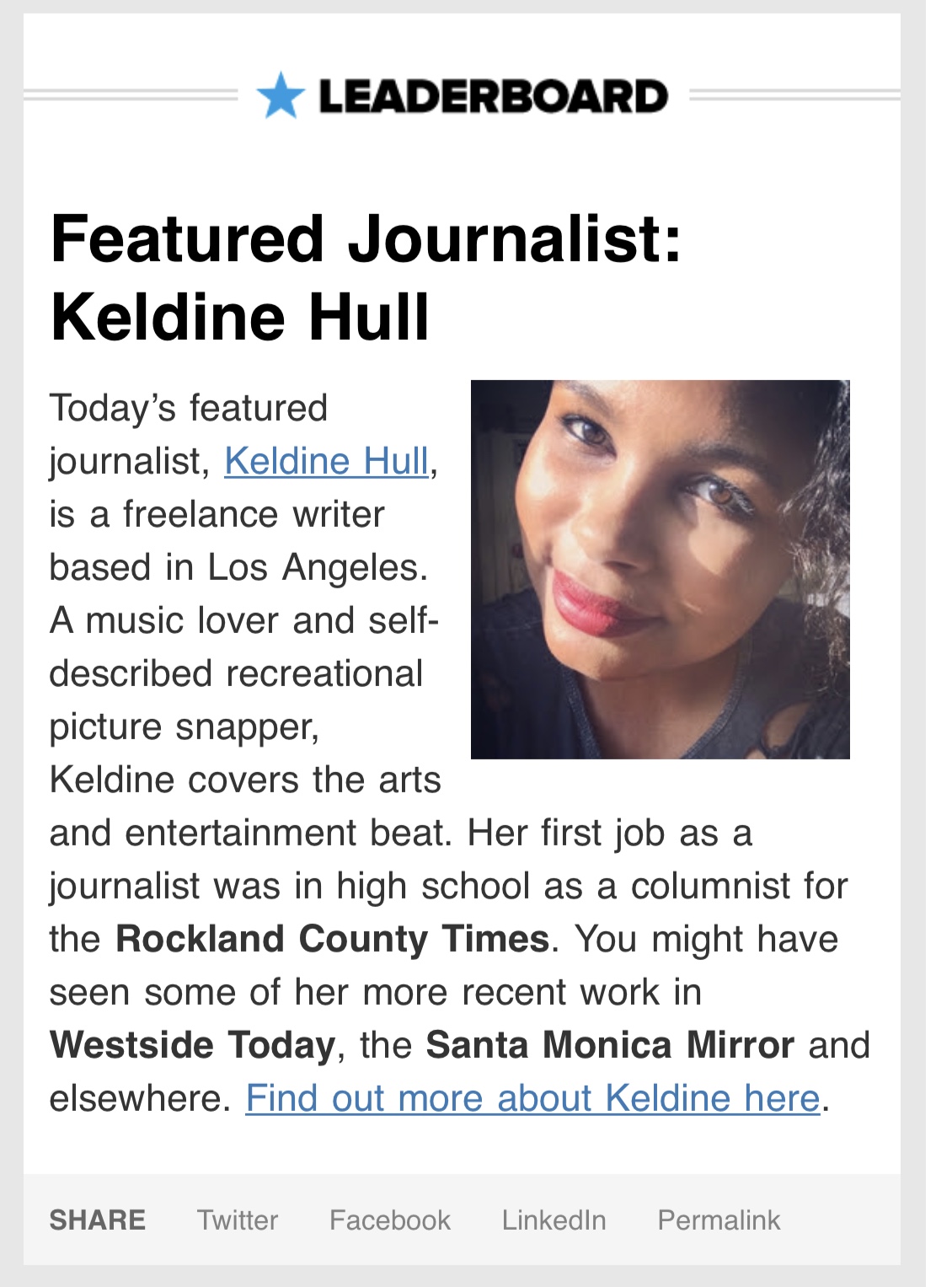 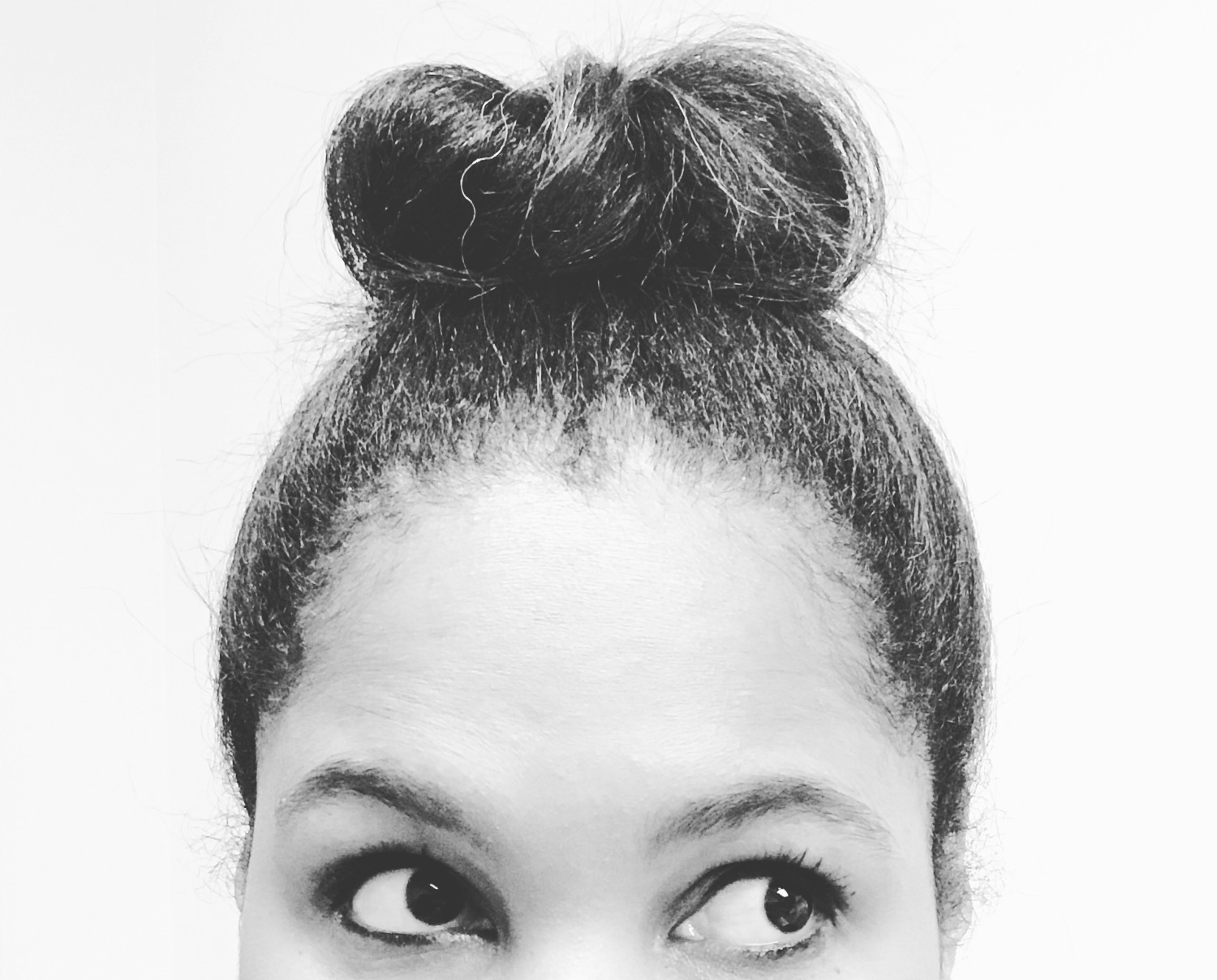